Doorwerth castle is an existing castle which I rebuilt in Autodesk Maya and rendered in Vray.
The goal of this project was to render a short movie featuring an existing building at a realistic quality.
Soon more images of the process will be uploaded to view the following aspects in more detail.

The crystal tree project is a short architectural visualization movie made by me and 4 other students.
Our goal was to realistically represent an existing building combined with a special treat, the tree with growing crystals.
My responsibilities included the following.

This world building project was built by 6 students using the Unreal Development Kit.
My contribution to the project was the level design stage and blocking it out (whiteboxing).
When the rest of the team joined I continued modeling, sculpting, texturing of assets and world building.

Wyvern rock is an individual world building project I created using the Elder Scrolls Creation Kit.
This mod uses existing, retextured and new assets to add a large player home to the game.
The castle features 25 decorated rooms, many intertwining corridors and secrets for the player to unveil.
The mod has over 60000 unique downloads on two different websites. 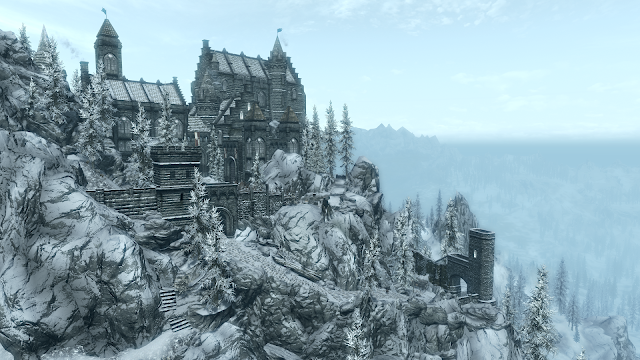